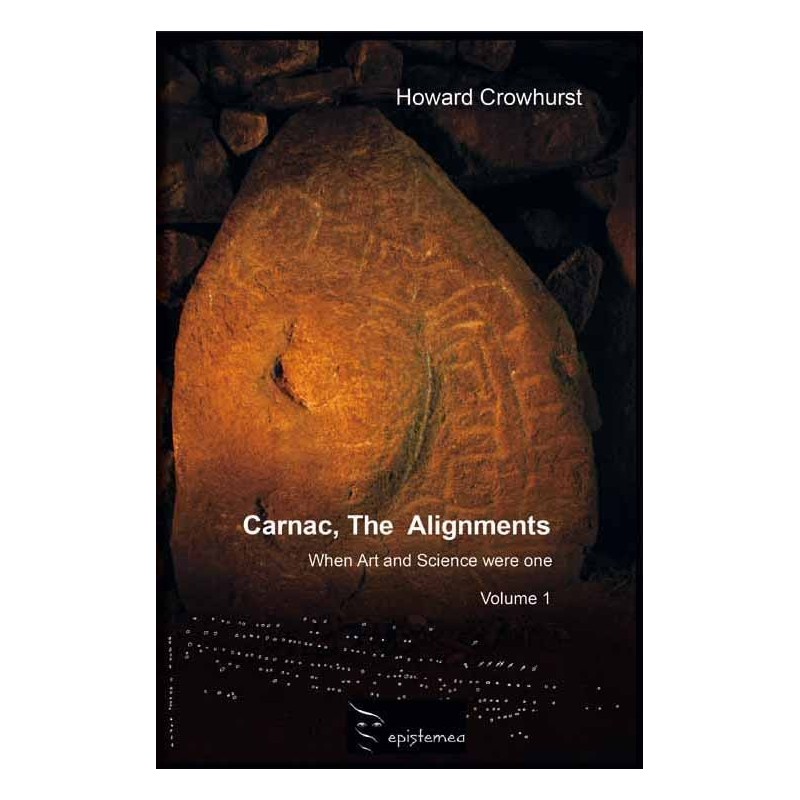 In this book, Howard Crowhurst shows how Carnac alignments were built with geometrical, mathematical, and astronomical principles.

Howard Crowhurst in this book has presented the most brilliant analysis of a megalithic site in the entire history of archaeology. His elucidations of the geometrical, mathematical, and astronomical principles by which ancient Carnac was constructed prove that megalithic science was astonishingly advanced. The book gives us unprecedented insight into the minds of the intellectuals of a lost civilisation, which we may at last begin to comprehend as a result of what Crowhurst has found during more than twenty years of living on site. His book is an epochal achievement.

Robert Temple, author and Professor of the History and Philosophy of Science in Beijing

“Howard Crowhurst’s work on the Carnac stones is the most startling and original breakthrough in the understanding of Megalithic science for decades. This book proves without doubt that the people who built the ancient monuments were able to perfectly synthesise the movements of the Sun and Moon at speciﬁc latitudes.“

John Martineau, author of A Little Book of Coincidence and founder of Wooden Books

"A major contribution to our understanding of what the words megalithic culture mean. Following on from the work undertaken by Professor Thom in the 1970s, Howard Crowhurst has become the leading authority on how the Carnac site was originally conceived and constructed. This beautifully illustrated book reveals the working techniques of a mysterious and highly capable culture that lived and worked in southern Brittany thousands of years before any of the major megalithic sites in Britain, Stonehenge, Avebury and Callanish came to be built."                       Robin Heath, researcher and author on the megalithic culture

“This book is a laser beam of light in the dense forest of ignorance which surrounds the rows of stones at Carnac. It marks a conclusive and irreversible step in the quest for the elucidation of the megalithic mystery.“           Monique Chefdor , author