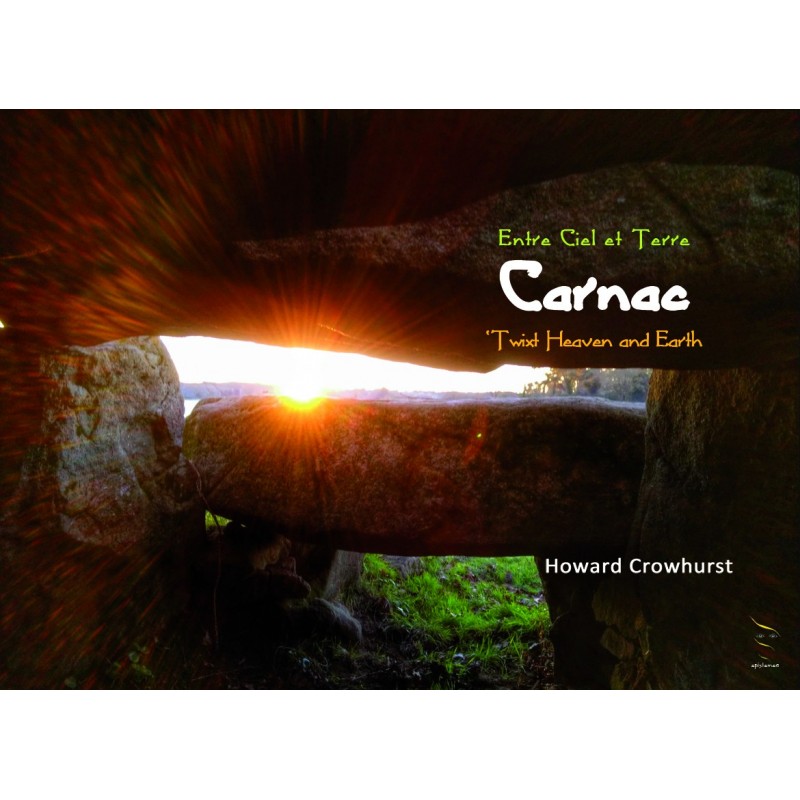 In this book, Howard Crowhurst shows Carnac monuments like has never been seen before

Howard Crowhurst has been living in the Carnac area since 1985 and has been studying the megaliths since he arrived. In 1989, he became vice president of the Kergal Archeological Association and directed a 40 minute documentary about the group's discoveries. In 2000, he took part in a major French TV documentary about Carnac. In 2010, he appeared in the British television programme Coast and in january 2012, the French equivalent called Thalassa. He spoke at the Megalithomania conference in Glastonbury, England in 2009, 2011 and 2017.

He has written 7 books, 4 of which only exist in French. One of his major works, "Carnac, the alignements" has been said by Professor Robert Temple to be "the most brilliant analysis of a megalithic site in the entire history of archeology" He has also produced more than 50 talks on DVD's.

Howard takes great pleasure in helping people discover what he considers to be the most underestimated civilisation of our time, that the mysterious megalithic builders.